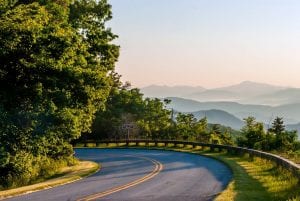 The Appalachian communities that enjoyed persistent economic growth following the 2008 Great Recession have a number of factors in common, according to researchers who analyzed all 420 counties in the Appalachian region. Their findings will help guide future economic development strategies across Appalachia.

“Economically resilient communities, such as Pennsylvania’s McKean County, can teach us about strategies for promoting resilience elsewhere in the region,” said Stephan J. Goetz, professor of agricultural and regional economics in Penn State’s College of Agricultural Sciences and director of the Northeast Regional Center for Rural Development. “By identifying the resilience-promoting factors these communities share, our findings will help other communities select strategies and policies to enhance their own future economic prospects.”

The results of the analysis recently were published by the Appalachian Regional Commission (ARC) in a report titled “Strengthening Economic Resilience in Appalachia.”

Using a novel, county-level measure of economic resilience developed by Goetz and Yicheol Han, formerly at Penn State and now at the Korea Rural Economic Institute, the researchers examined the relationship between a county’s resilience ranking and 35 individual variables hypothesized to be associated with resilience, such as broadband availability, natural amenities and the number of resident college graduates.

Through statistical analysis, they looked at each variable in isolation while holding others constant, allowing them to determine which variables have the strongest relationship with resilience. They also examined how the interaction of certain variables with one another affects resilience.

Through further analysis and field interviews, the researchers identified seven common strategies adopted by the counties with higher resilience scores:

• Engaging the community over the long-term.

• Identifying and growing the assets in the community and region.

The research team also conducted case studies of selected counties in the Appalachian region and across the country to gain additional insight into how some communities have rebounded from the recession and other economic disruptions in mining, manufacturing, hospitality, education, transportation and similar industries.

Pennsylvania’s McKean County, for example, has experienced a slow decline in total employment since 2000, which was exacerbated by the 2008 recession. The researchers selected

it as a case-study county for its strategy of leveraging natural assets and tourism to improve resilience.

According to the report, McKean works in partnership with other counties under a cohesive marketing network known as the Pennsylvania Wilds, which is facilitated by the Pennsylvania Department of Conservation and Natural Resources. Instead of competing with one another, the counties are able to promote themselves through this collaboration under a single brand in a crowded tourism marketplace.

The McKean County case study and nine others are featured in the “Guidebook for Practitioners,” intended for use by economic development professionals, local government officials, nonprofit organizations and others working in the Appalachian region.

The research was conducted by Downstream Strategies, of West Virginia, Dialogue + Design Associates, of Virginia, the Northeast Regional Center for Rural Development at Penn State, and West Virginia University, on behalf of the ARC. Funding was provided via ARC’s POWER (Partnerships for Opportunity and Workforce and Economic Revitalization) Initiative to help communities and regions that have been affected by job losses in coal mining, coal power plant operations and coal-related supply chain industries due to the changing economics of America’s energy production.

This site uses Akismet to reduce spam. Learn how your comment data is processed.

Email Marketing You Can Trust
Welcome PA Business Central, you have 3 free articles left this month. If you would like to subscribe click the subscription button on the left.